David A. Dawson is an Endocannabinoid Specialist, educator, and researcher. He is the author of the novel Pummeled to Death by Hamburger, Medical Cannabis: The Definitive Guide, and several scientific articles.

When he isn’t working on his Ph.D. or developing techniques for measuring endocannabinoid tone, he is preparing his next book. Pummeled to Death by Hamburger is David’s first work of fiction, and his irreverent humor and sense of the absurd are on full display. 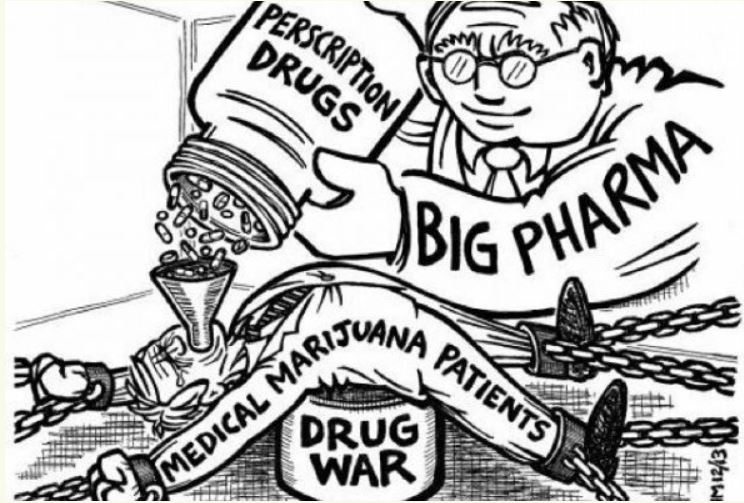 The history of scientific discovery is abundant with what are sometimes considered serendipitous coincidences, and it might be claimed that I stumbled into my niche in the cannabis industry somewhat serendipitously. However, to paraphrase an idea first espoused by Louis Pasteur, even when some scientists claim that they just got lucky, it is apparent that serendipity only favors the prepared mind.

With this premise, I believe I can still advance the claim that I got lucky through serendipitous circumstances related to my not-so-fortuitous genetics, coupled with a lifetime of quality educational and developmental events. These genetic and environmental circumstances fortuitously combined to provide me the good fortune of being able to integrate decades of scientific and technological knowledge into the field of biomolecular psychology.

I am a 62-year-old male diagnosed with Charcot-Marie-Tooth disease, a type of peripheral neuropathy that affects the transmission of information between the central nervous system and the rest of the body. Pain symptoms often begin between age 5 and 25, and the condition is slowly progressive. This is an extremely painful condition, and a treatment protocol for this ailment was established in the late 1930s and early 1940s, which physicians still are bureaucratically mandated to follow today. That treatment protocol for “chronic pain” consists of prescribing the patient an increasingly strong series of powerful opiates. My father was an anesthesiologist, so I was conditioned as a child to adhere to medical protocols. As a result, throughout my adult life, I was prescribed and ingested increasing amounts of Oxycontin, Hydrocodone, Oxycodone, Vicodin, Codeine, Opana, and  Fentanyl ending up being prescribed 500 mg of Morphine three times a day. This is an obscenely nasty amount, and opiates do very, very nasty things to your body. They weaken the immune system, are addictive, individuals develop a tolerance to them, and damage the liver and kidneys. Opiates are also extremely easy to overdose on and make it difficult to concentrate, and for nearly eight decades, physicians have been bureaucratically mandated to give them out to patients like candy at Halloween. Addiction is a significant aspect of health psychology, and according to The National Institute on Drug Abuse (NIDA), 4.7 million Americans have bureaucratically sanctioned addictions to these prescription painkillers (Torres, 2013; Volkow, 2014).

On August 2nd of 2004, my bureaucratically sanctioned opiate addiction caused me to suffer a stroke, which resulted in the loss of the use of my left arm. That was also the last day I walked, and I was placed into a Hospice facility where my doctors hovered around my deathbed, essentially saying, “We’ve done everything we can for him, we followed our protocol of treating his pain by addicting him to opiates for his entire adult life.”

At that time, I wasn’t particularly interested in dying, so I started researching alternatives.  One of the alternatives I researched was medicinal cannabis.  I hadn’t consumed any cannabis since college, and unlike Bill Clinton, in college, I inhaled deeply and frequently. At that time, I became aware that there was, in addition to the usual effects of ingesting cannabis, a reduction in my pain. I was eventually able to obtain a supply of medicinal grade cannabis from a friend from Colorado. It worked. It took me a few weeks to wean myself off the morphine, and cannabis took care of any pain issues I was experiencing, and I haven’t touched a pharmaceutical medication since 2010.

Serendipitously, my bachelor’s degree, obtained in 1981, happened to be heavily focused on the study of molecular biology. Also, fortuitously, during my bachelor’s studies, I was trained in what was in the early 1980’s cutting-edge medical technology known as microdialysis. Microdialysis is a minimally invasive sampling technique used to continuously measure free, unbound endogenous molecule concentrations in the extracellular fluid of virtually any vertebrate tissue. After obtaining my bachelor’s degree, I continued my academic pursuits, obtaining a master’s degree in Science Education from the University of Iowa and secured a position teaching organic chemistry and biochemistry at a small private college in Duluth, Minnesota. As a lark, during a summer hiatus, I accepted a position in the casino industry. My job responsibilities included training casino employees in the skills necessary to be effective managers. Sometimes life decisions are based on economics, and this position paid me three times more than I made teaching at the college level, and I never went back.

I worked in the casino industry for 18 years, the entire time addicted to administratively sanctioned opiates. The opiate crisis has been in the news a lot lately, and it has been quite common to blame the prescribing doctors and condemn them for their ignorance (Hadley, 2018). While it is beneficial to a person’s self-esteem to claim the prescribing physicians were not smart enough to understand they were poisoning their patients slowly, it turns out these physicians have been bureaucratically mandated to addict chronic pain patients to opiates since the late 1930s.  As gratifying as it might have been to my self-esteem for me to blame physicians for synergizing the opiate crisis in this country, attributing it to physicians is wrong because they had been conditioned to believe the benefits of opiates outweigh the risks. The underlying point is that doctors have been mandated by bureaucracies that make their medical decisions to follow a protocol established before Adolf Hitler overran Europe. There is a fundamental error in attributing to physicians the ability to research alternatives to addicting patients to opiates in that the bureaucratic system which oversees their behavior essentially demands they do so and punishes them economically if they refuse.

Serendipity and good fortune are often cited as crucial factors in making scientific innovations. However, to quote Louis Pasteur directly, “In the field of observation, chance favors only the prepared mind” (Lecture 1854). My little “death experience” coupled with my understanding of molecular biology and microdialysis sampling techniques allowed me to collaborate with a CORE laboratory and begin research utilizing microdialysis sampling techniques to numerically measure the basal levels of a healthy vertebrate’s endocannabinoid system. By extracting and determining basal levels of the endocannabinoids Anandamide, 2-arachidonoylglycerol (2-AG), Oleamide, Virodhamine (O-arachidonoyl ethanolamine), N-arachidonoyl dopamine (NADA), and Lysophosphatidylinositol from the extracellular spaces of the brain, a measure of receptor function as well as the overall health and balance of a vertebrate’s physiology and psychology can be determined. With the development of microdialysis sampling techniques, basal levels of the endocannabinoids can be measured from a simple extraction of the Cerebral Spinal Fluid collected from the Cisterna Magna (Buczynski & Parsons, 2010). By extracting and establishing the appropriate balance of these molecules in healthy test subjects, comparisons can be made with the ratios in ailing individuals, and a therapeutic strategy of phytocannabinoid supplementation should be able to be devised (Fraga et al. 2016). This is the paradigm on which the science of supplementation of endocannabinoids with memetic phytocannabinoid equivalents is based. Basal endocannabinoid comparisons that have been made between healthy individuals and individuals suffering from a variety of psychological and physiological afflictions are numerous. These include addiction disorders, diabetes, chronic pain, PTSD, ADD/ADHD, Alzheimer’s disease, anorexia nervosa, anxiety, autism, bipolar disorder, bulimia, Chronic Traumatic Encephalopathy (CTE), depression, Down’s syndrome, epilepsy, obesity, obsessive-compulsive disorders, and sexual dysfunction.